Find other restaurants in Melbourne

Main dishes cost around: A$18 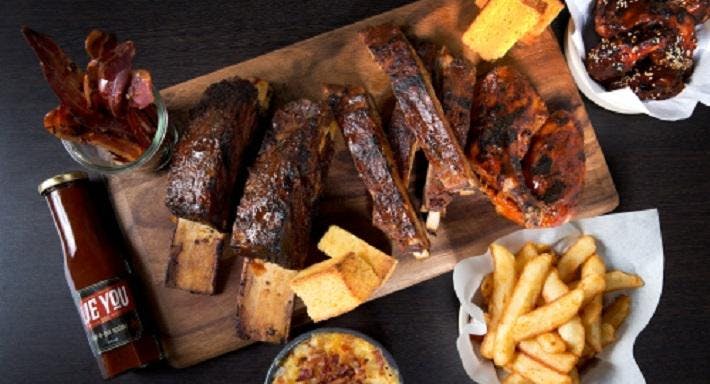 Quality coffee, American-style barbecue and Russian specialties come together at last at Port Melbourne’s Third Wave Cafe. Found on Rouse Street between Farrier Edwards Lane and Nott Street, this cafe, bar and restaurant combines the very best of American cuisine with the finest cafe classics (and we don’t just mean coffee!). Luckily for Melbourne locals, Third Wave Cafe is open every day of the week for finger lickin’ good barbecue delights and more.

24 hour marinated wings - smoked, then grilled basted with our house made que you hot BBQ nectar

Food is amazing! So succulent, the meat! Will be back

First things first: the coffee. At Port Melbourne’s Third Wave Cafe, owner Inga has searched far and wide for Australia’s best cup of joe, and after months of careful contemplation, she decided on 5 Senses, a local roaster whose single-roast coffees and superlative blends are the talk of Melbourne’s gourmet coffee scene. Plus, having received training from some of the world’s best baristas, Inga and her staff really know their stuff – this is a cafe you can count on for an exceptional espresso.

Alongside Melbourne’s finest caffeinated beverages, Third Wave Cafe’s kitchen churns out some of the city’s very best barbecue dishes – that’s American-style barbecue, to be exact – as well as Russian specialties from Inga’s homeland. Featuring ribs with meat that falls off the bone, pulled-pork sliders and sandwiches galore, Third World Cafe on Port Melbourne’s Rouse Street offers up a real smorgasbord of options. Even better, the cafe opens up early for breakfast and serves incredible eggs, parfaits, muffins and satisfying platters. Make sure to reserve ahead!