Dishes priced around: A$23 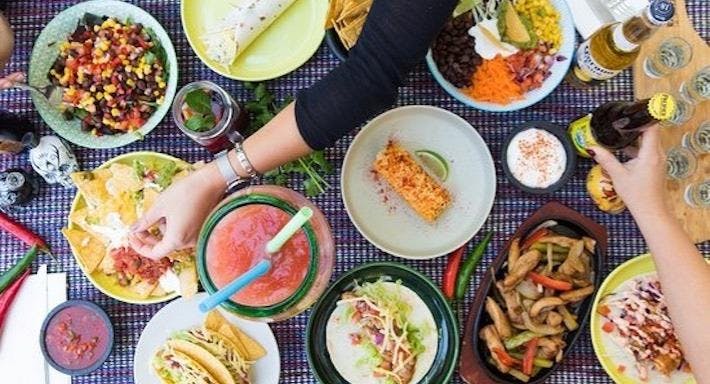 From humble beginnings to a national icon, Taco Bill is Australia’s most well-known family of Mexican restaurants. Every outlet offers a menu that’s a fiesta of south-of-the-border food, made with daily fresh and locally-sourced ingredients. From signature fajitas through to hearty mains, Mexican banquets and delicious desserts, Taco Bill’s creative selection is always authentic and full of flavour. It gets hot in here, but Taco Bill’s famous frozen margaritas are on hand to extinguish the most desperate thirst, alongside sangria, local and imported beers, wine, Mexican slushies and more. A neighbourhood favourite in the Greater Melbourne town of Sunbury, found along Oshanassy Street, is the perfect place to get acquainted with the Taco Bill dining experience.

It all began back in 1967, when ‘Taco’ Bill Chilcote made his way to Australia from the borderlands of California and Mexico, armed only with ambition and a tortilla machine. The first Taco Bill opened up on the Gold Coast, found runaway success, and the rest, as they say, is history. Now there are dozens of Taco Bill Mexican restaurants dotting Australia’s dining scene, all fixtures in their neighbourhoods, much loved by locals for the exciting Mexican food and drink on offer. The same goes for the Oshanassy Street Taco Bill in the Greater Melbourne town of Sunbury – always popular with friends and families looking for the spice of life, this Sunbury restaurant is regularly packed to the rafters, so be sure to book!

Taco Bill’s food is quintessentially Mexican – colourful, filled with flavour, and always satisfying. It’s healthy too, with balanced dishes made with fresh ingredients sourced from local suppliers. Plus, vegetarians and those on gluten-free diets are looked after here, with plenty of meat-free and wheat-free options, as traditionally Mexican as can be. If this is what you’re after, start with the spinach and potato enchilada served with Taco Bill’s house-made chilli and green tomatillo sauce. Without a doubt the most popular option at Taco Bill’s Mexican restaurant in the Greater Melbourne town of Sunbury are the fajitas, marinated rump steak or chicken cooked with onion and capsicum and brought sizzling to your table alongside by Taco Bill’s homemade guacamole, Mexican rice and warm flour tortillas. Aficionados after a proper fiesta should check out the Cancun and Puerto Vallarta banquets for two or more people, offering a lavish survey of Taco Bill’s take on Mexican cuisine. If you still can’t get enough, Taco Bill do external catering so you can bring a little Mexican sun to your doorstep.