Dishes cost around: A$14 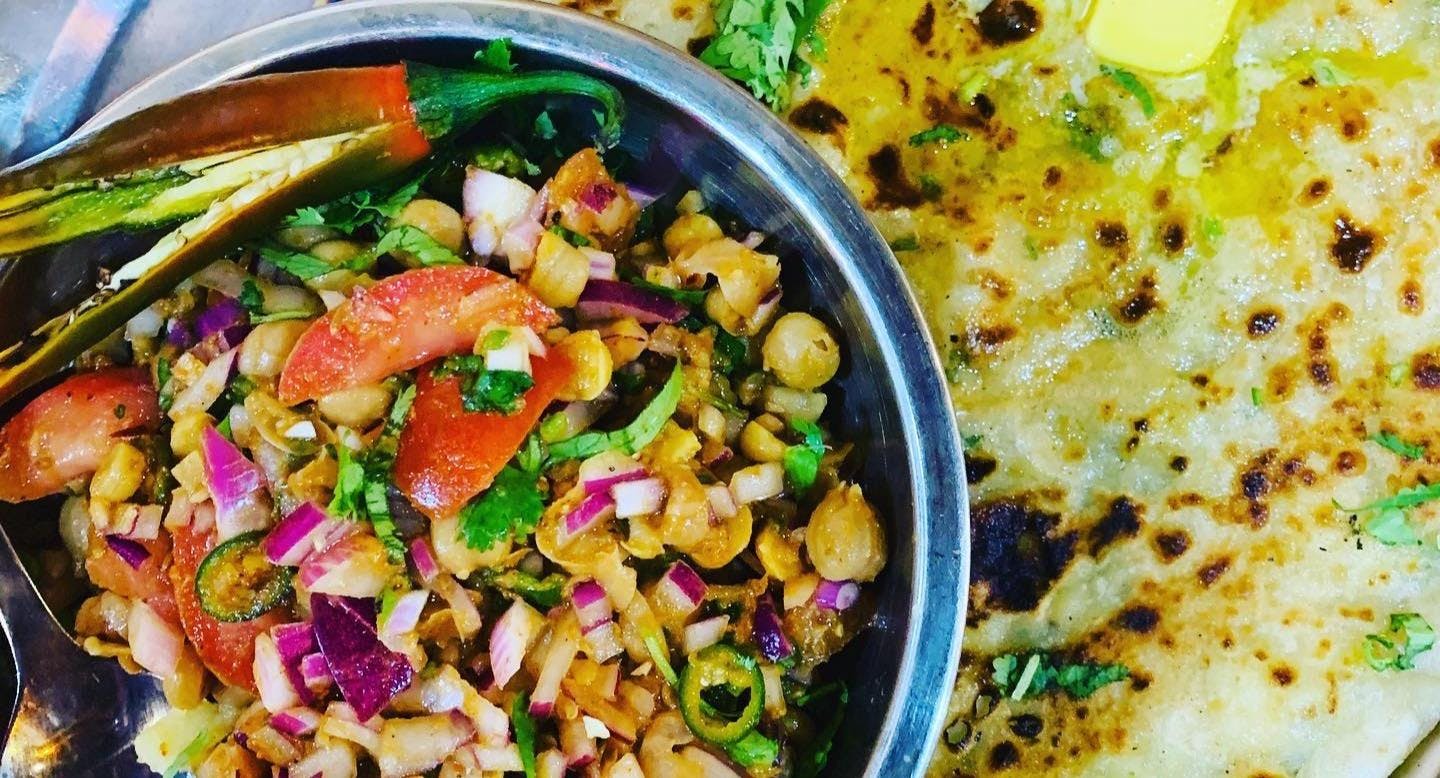 A colourful and uniquely decorated restaurant, Desi Dhaba offers an array of Indian dishes hailing from as far south as Kerala, all the way to Punjab in the north. Ideal for vegetarians, with plenty of veg-heavy options and meat-free dishes, Desi Dhaba offers a welcoming space for diners of all shapes and sizes. Situated on Flinders Street in Melbourne’s City Centre, just steps from the Yarra River and Birrarung Marr Park, Desi Dhaba provides a fun Indian dining experience for the entire family.

With bicycles hanging from the ceiling and colourful furnishings, Desi Dhaba in Melbourne City Centre has created a whimsical atmosphere for enjoying their tasty Indian specialties. Dressed in traditional Punjab attire, the servers at this Indian restaurant on Flinders Street are as well-versed in Indian culture as they are in the cuisine. In addition to the restaurant’s charming decor, the sophisticated kids’ menu also pleases the little ones, featuring fish fingers, veggie spring rolls and chicken fingers, all served with fries.

Drank too much last night? Desi Dhaba’s got the cure – take the Desi Dhaba Hangover Buster and chow down on two aloo parathas, two fried eggs, dahi (yogurt), pickles and lassi. Or just sleep in and order up mains like Punjabi butter chicken, goat masala, paneer sag, or the Malai chicken tikka plate. If you’re looking for more of a fusion-inspired meal, be sure to try specialties from the restaurant’s Indo-Chinese menu such as chilli fish, chicken Manchurian and chow mein. Also available for takeaway and delivery, Desi Dhabi is one of the most popular Indian restaurants in Melbourne City Centre– make a reservation if you plan to dine in!