Find other restaurants in Perth

Main dishes cost around: A$37 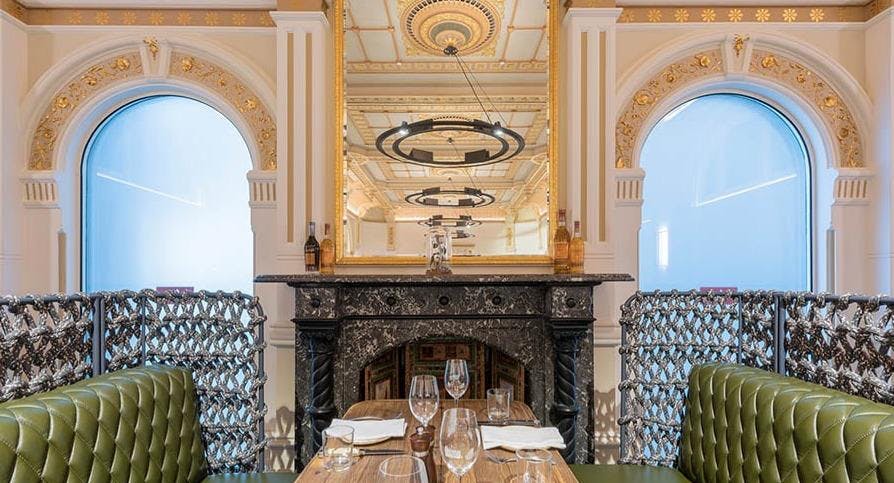 About The Meat & Wine Co Perth

You’ll find The Meat & Wine Co Perth in the heart of CBD and, boy, is it beautiful. At the old Palace Hotel in St George’s Terrace, this is more than just a steak restaurant, as here you’ll find world-class, modern cuisine, served in a space that dates back to 1897 but has been brought right up to date. The menu features a subtle African influence, meaning you can expect plenty of skewered meats that are spiced just right with a signature marinade, as well as slow-cooked ribs and an impressive selection of Monte steaks, too. The Meat & Wine Co Perth is elegant, completely charming and perfect for a special occasion. Reservations, though, are essential.

Had high expectations and came away disappointed. May try again another time.

We celebrated a special occasion. The service was professional, the food was delicious. We really enjoyed the setting, it's such a lovely old building.

My partner and I went on Valentines Day for the set menu. Everything was going averagely, i was essentially told that i should have my steak cooked medium/well done for a specific cut of steak, i accepted the waitress' suggestion and made it clear that i would be happy with a medium cooked steak. This is where it goes down hill, I received my main meal, which was obviously the wrong steak, a fillet and not the rib eye. Accepting the mistake and proceeding with my dinner, i soon realised the steak wasn't cooked through at a medium level. The steak was undoubtedly still raw/blue - which in my and many others view was inedible, unfortunately i had half a steak left. I let the waitress know and she went to see her manager regarding the issue, it had been a solid 30min before her return at which we were told i had received the wrong steak and it was cooked incorrectly. Having just voiced my dismay about this exact issue i was confused as to why the waitress was telling me this all again. I was offered several mutually exclusive offers over the next 10 minutes - a replacement steak, a 'takeaway' steak, another round of drinks, extra dessert and for 2 drinks to be removed from our order. I had to illustrate my disappointment of meal and the worth/value of that meal to both the waitress and floor manager. being a $120 set menu i deduced the value of the steak to be approx $50-$60, all the offers for replacements or deductions equated to only half of this value at best and it became quite clear that we were starting to become irritating and annoying to the manager. She began to become quite short and rude with her responses and could not understand that our meals had both been ruined by the way she handled the situation. As long as the value of the steak was covered with a deduction in either value or drinks removed from the night i would be happy. eventually after what felt like negotiating with a politician she agreed with the removal of 'some' drinks and allowed us to continue on with our night. My partner and I have been to Meat and Wine Co a few times already and this was easily the worst experience i have had there. i understand mistakes can be made in the kitchen on a busy night, and i was willing to accept that. what i cant accept is rude, impolite and immature handling of a situation that could've obviously been dealt with understanding and maturity. In my opinion the manager was at fault on this night and id be disappointed to return and see her there again.

Show all
Having a party?