Dishes cost around: A$23 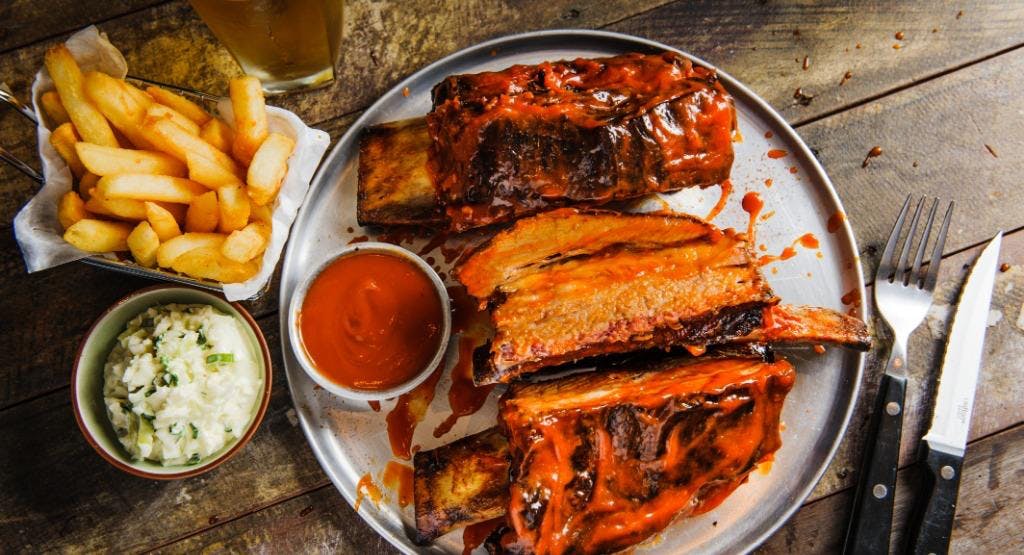 About The Smoke BBQ

The American food trend that has swept the globe in the last few years has been nothing short of remarkable, and it seems like it came from nowhere. The Smoke BBQ in Brisbane’s New Farm is O.G. – they’ve been smoking, frying, grilling and more down in the Merthyr Village Shopping Centre on Merthyr Road since 2006, well before the trend kicked in. If you make the journey to this part of the CBD, you’re going to be spoiled by their selection of American-style smoked meats and chicken wings: so book a table now.

The smokehouse is an iconic of American cuisine – particularly in the South, where barbecue is king – and it is becoming ever more popular outside of the US of A as well. Australia is never far behind the States in picking up on a food trend, and at The Smoke BBQ, they have gone one step further than the average American joint. Head chef Steve Johnson has imported a smoker direct from the old country and installed it on Merthyr Road in Brisbane’s New Farm, where they put it to great effect.

The Smoke BBQ deals predominantly in, well, smoked meats and barbecue, but there is far more to their repertoire down on Merthyr Road in New Farm. They offer pulled pork, beef brisket, ribs and hickory chicken, of course, but they have other American classics as well, such as hurricane wings, buffalo wings and shrimp to start, as well as fries, mac’n’cheese and corn on the cob to go on the side. Book your table at The Smoke BBQ in the Merthyr Village Shopping Centre in New Farm for one of the best American meals in Brisbane.