Main dishes cost around: A$23 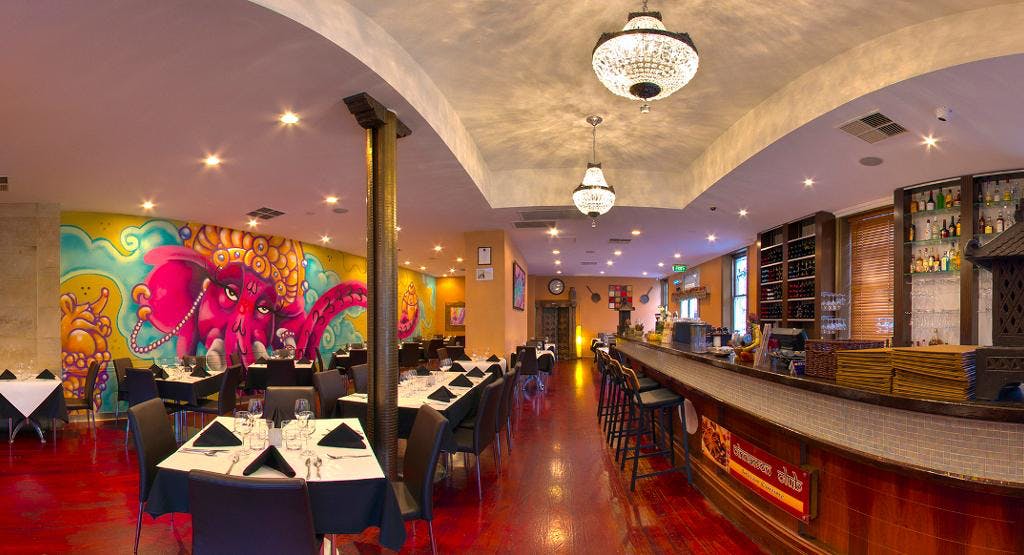 Top 500 Restaurants in Australia 2014 – The Financial Review | Best Indian Restaurant 2014 – The Advertiser Food AwardsCinnamon Club provides their guests with an award-winning dining experience that’s unique among the Indian restaurants in Adelaide. Priding itself on essentials like friendly, knowledgeable service, a buzzing environment, incredible cocktails and – most important of all – the authenticity of its South Asian cuisine, Cinnamon Club has cruised to the top of many spicy food fans’ restaurant pick-lists. The restaurant’s Norwood premises, on the corner of The Parade and Queen Street a block back towards Adelaide city centre from Portrush Road, sets a stunning scene.

Has options that are:

We have a great dinne over all a great place

Thoroughly enjoyed our meals and would not hessitate to reccommend Cinnamon Club. Will certainly be back.

Cinnamon Club is a crucial addition to the buzzing retail, dining and entertainment precinct of Norwood, located down The Parade from the Hoyts cinemas and across the road from the Patch Theatre Company – this is a great spot for an Indian meal before the show. Waltz up to the restaurant’s covered streetside seating area (there’s also a terrace round the corner on Queen Street that’s great for casual drinks or alfresco dining), step inside and you’re immediately taken in by the atmosphere. A large colourful mural of Ganesha rendered in a street-art style lines one side of the dining room, facing the long, sit-down bar where Cinnamon Club’s mixologist’s work their magic. Fire up the appetite with a tall drink like The British Raj (Pimms and gin shaken with passionfruit, mint and lemon, and topped up with ginger beer) or the Cinnamon Club Painkiller (Bacardi and pineapple, coconut cream and fresh orange) – these cocktails and more are famous in Adelaide.

From there, Cinnamon Club caters to a variety of dining styles and tempos – close your eyes and point at the list of quick bites to surprise yourself with a number of authentic Indian starters (we recommend the South Indian favourite chicken 65 with fried curry leaves), or opt for a mixed platter for two – the ‘extravaganza’ is a lavish entree loaded with various tandoori meats, chicken and seafood or there’s a generous vegetarian option. We love how Cinnamon Club has curated what counts as one of the best South Asian restaurant menus in Adelaide, showcasing a genuine consciousness of regional Indian cuisines. There’s street food from Mumbai, South Indian dosa served from the hot plate, the classic Hyderabadi biryani and an Anglo-Indian chicken tikka biryani cooked with 32 ingredients, tandoori balchao beef tikka from Indo-Portuguese Goa or the Afghan-influenced Kandhari murgh tikka, and many more from the special menu billed as ‘a regional culinary journey through Royal Indian Cuisine’. Truly a superlative Indian restaurant in Norwood and beyond, the Cinnamon Club deserves your reservation!