Main dishes cost around: A$26 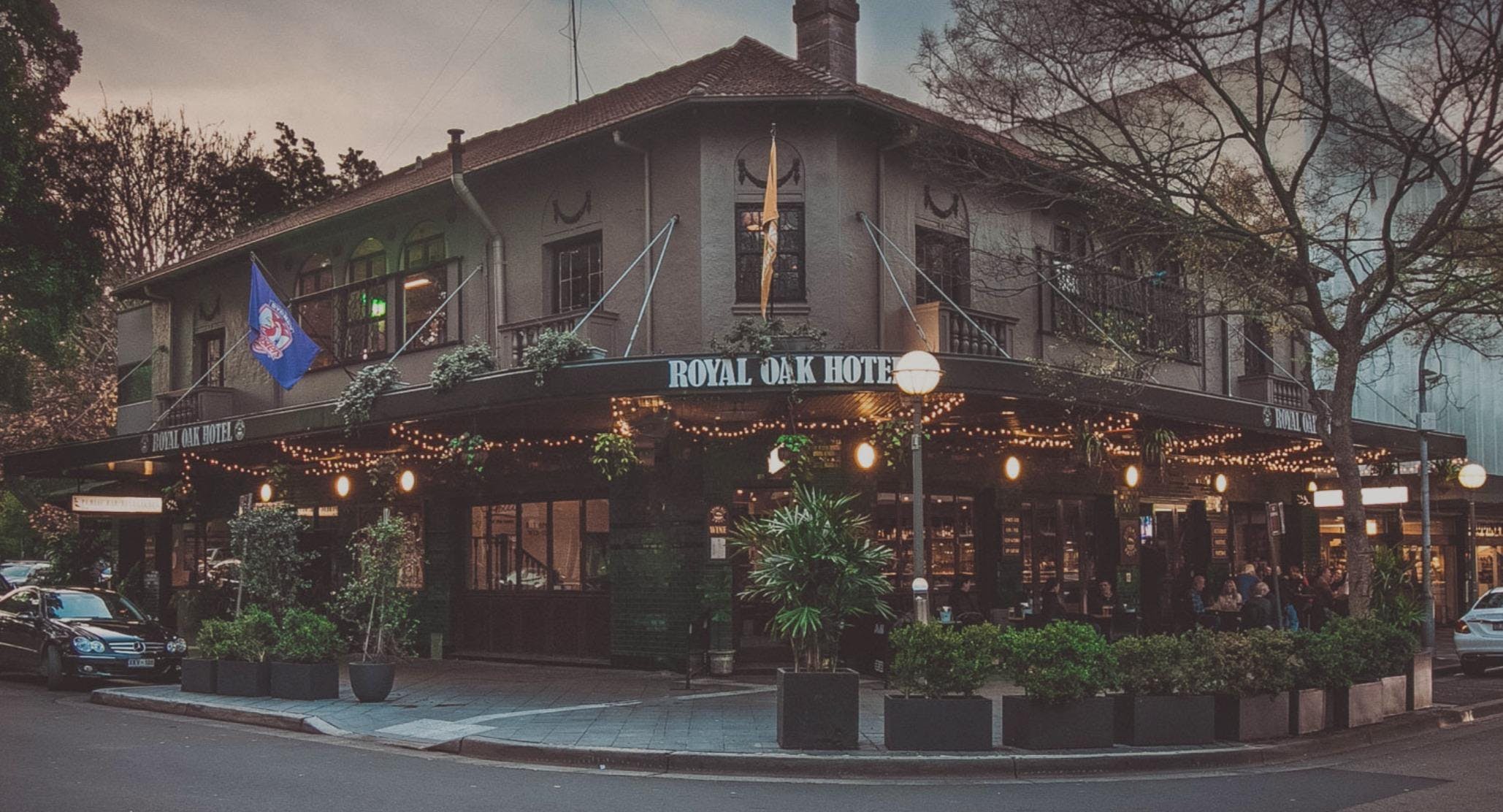 Sydney’s Royal Oak Hotel has been at their Bay Street location in Double Bay for more than a century, which is pretty impressive by Australian standards. They’ve recently refurbished the pub and bistro restaurant, and now they offer a menu, sports on TV and a bar stocked with the best drinks that the Eastern Suburbs have to offer. Book yourself a table now for a top notch feed.

Has options that are:

Great pub with good vibe. Bar staff were friendly and food was quick although a little overpriced.

The Aussie public loves a battler, and to get through a hundred years on the same spot in the ever-changing city of Sydney, you need a large amount of grit and determination. So The Royal Oak – which has stood on the corner of Bay Street and Cooper Street in Double Bay in the Eastern Suburbs for over a century – is a proper stalwart of the Eastern Suburbs restaurant and drinking scene, and after their recent refurb, they are continuing the tradition of a great Australian menu, a fully-stocked bar, and a friendly atmosphere.

You can reach The Royal Oak Hotel along Bay Street – the other end of the street is Double Bay Wharf, if you’re in the nautical mood, or via Edgecliff train station – and when you get there, you’re going to want to try their Australian classics menu. Chicken schnitzel, chicken parmigiana, battered barramundi and Wagyu beef burgers are all there, as are pizzas and salads, chargrilled steaks and a few Asian-style dishes as well. Make your way to Double Bay in the Eastern Suburbs of Sydney for a feed that has stood the test of time.

Please note that all online reservations are only for the bistro area.