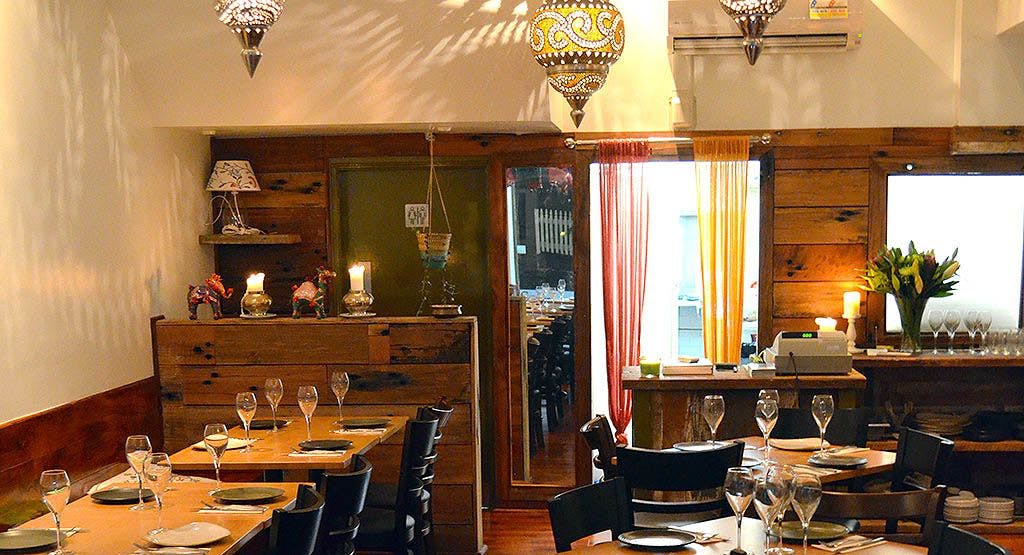 Celebrate the huge scope of India’s vegetarian and vegan culinary traditions at Green Mushroom, down Glebe Point Road. Green Mushroom joins the fleet of Sydney’s non-meaty restaurants at pole position, bringing a deft, modern touch to venerable Indian recipes. The result is a menu packed with delicious dishes that will have the veggie set drooling, and the carnivorous types among us converting to the cause.

Indian veg and vegan food has been the central preoccupation of the Green Mushroom family for over 35 years. Adding new chefs and new ideas to the fold over the years, Green Mushroom’s humble beginnings are belied by the extensive menu now on offer at their new Glebe Point Road restaurant. And, something of a community player in Sydney, Green Mushroom are ardent vegan and vegetarian ambassadors, networkers and supporters of local organic growers and suppliers. For diners this means fresh, tasty and sustainable produce in each and every dish, which in turn guarantees a fulsomely flavourful and healthy meal.

Ah, bhel puri, our favourite Indian snack. Made from puffed rice, vegetables, and a zingy tamarind sauce, we at least feel obliged to begin a meal at Glebe’s Green Mushroom with a smattering of these. Other green and vegan, crispy and fluffy entrees at Sydney’s star vegetarian Indian restaurant include smoky, spice-rubbed and tandoori’d tofu, zucchini pakora, and classic Indian street food bites like the roadside aloo tikki. Green Mushroom’s signature mains are a gourmet proposition, made according to the traditional veggie Indian recipes. Inventive and unusual options like honey chilli cauliflower and baigen bhartha rub spicy shoulders with classics like paneer masala, malai kofta, and navrattan korma. Grab a pot of tofu biryani, Kashmiri pulao, or soyabean rice, or then again something from the long naan and paratha list, to mop up all that curried goodness. With few vegan and vegetarian restaurants on the scene, and with this restaurant’s exemplary qualities, you’re going to want to book a table at Green Mushroom’s Glebe Point Road premises well in advance.